Drawing/Painting II students spent a couple weeks learning about Abstract Expressionism and the works by MAS artist, Joe Bussell. As a result of their research they were to create three (3) large scale paintings using non-traditional tools such as a putty knife. Below is a snapshot of their work. In addition, students had the opportunity to Skype with the artist.

A Reflection by Allison N 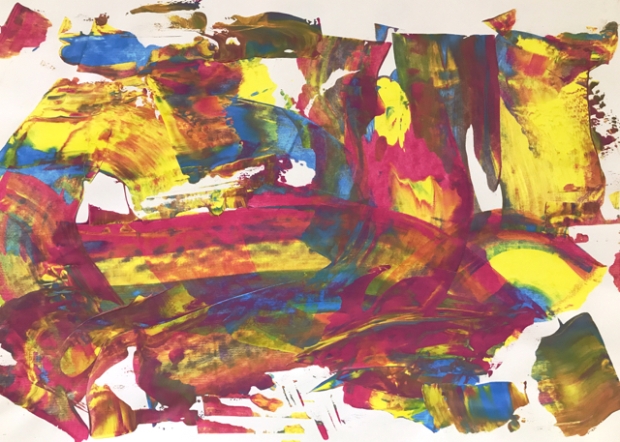 I just sort of went for it. When I started the first painting, I had no clear idea in mind, I just sort of started putting paint on the paper and it went from there. The only thing I had planned was the colors, each of the paintings have a color scheme, they aren’t just random colors thrown on the page, they all have something in common. The first painting was different shades of a lavender-purple sort of color and the last two were three pastel colors, pink, blue, and yellow. I think my paintings in particular are unique because of the colors I;ve chose, I think it gives off a more ‘playful’ and ‘lightness’ sort of feel.

I actually really enjoyed using the palette knife, it was surprisingly satisfying, the way the paint glided. I think it created a nice blend when you used multiple colors, and sometimes layered the colors with just a single stroke.

I think I created a overall feel pretty well. Each painting, to me anyway, gives off a certain feeling, for example, the first one I did gives off a feeling of motion, two things responding together as I’d put it. I think I used the color element of this project to my advantage, I wanted to used colors that would go well with each other, that I knew wouldn’t give an ugly color if I mixed them together enough. I used geometric shapes for my third painting, which was a technique that was suggested.

I knew right away that I wanted one of the paintings to look as if two different ‘forces’ were responding to each other in some way, so the first painting I did was planned. The second painting was sort of on a whim, I put a line going through the entire thing and kind of went from there. The third painting was also sort of spontaneous, though I wanted it to have clean, straight lines, which I did achieve.

I only used one, and that was a pencil. I didn’t use it a big way, I mainly used both ends to make large circles and well as smaller circles and then I made small groupings of them scattered in particular places that I’d picked. Since the painting I had used this tool for was so geometric and clean, I wanted to use to circles and dots to create contrast between the two opposite shapes.

Painting by Emma A 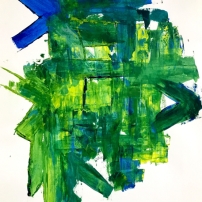 This spring break Mr. Juarez is participating in a visiting artist program at The Thacher School in Ojai, California. He will be working with Mrs. Mahoney’s art students. He will be introducing students to the Midwest Artist Studios Project (MAS), which highlights artists living in the Midwest. In addition, he will be Skyping the artists into the classroom so that they can have the opportunity to interact with them via a critique and/or Q & A.

On March 25th, he spent the day getting to know the art students. Mrs. Mahoney’s students are fabulous and talented. He will be facilitating a few projects from the MAS Project and will be documenting his stay.

To see images of students working on the MAS art lessons click here.

Below will be a growing gallery of images. 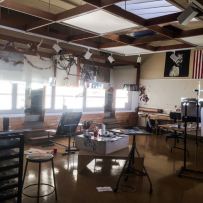 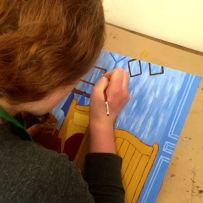 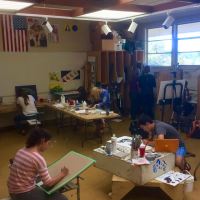 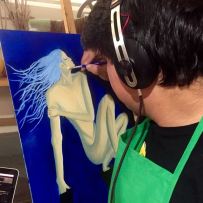 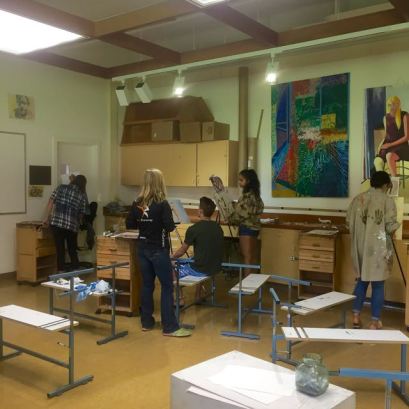 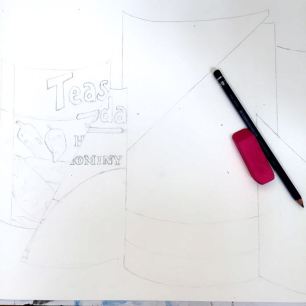 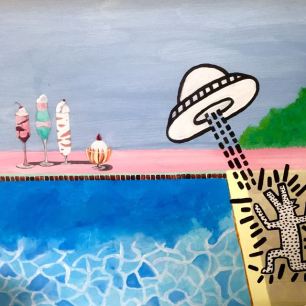 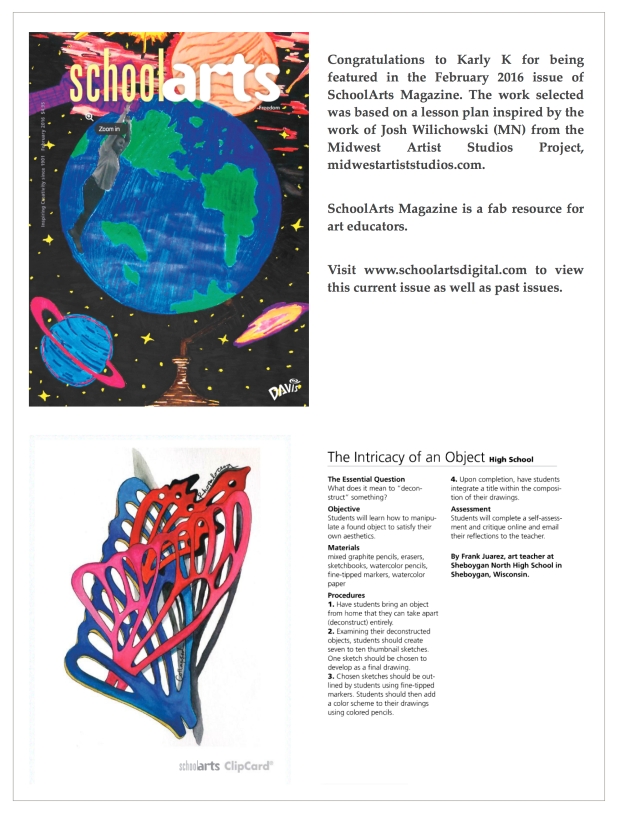 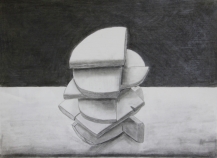 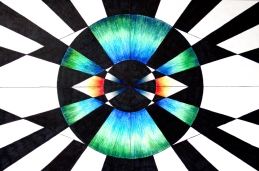 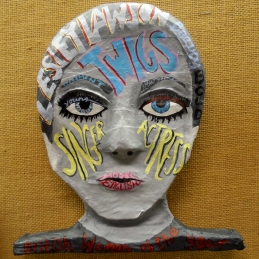